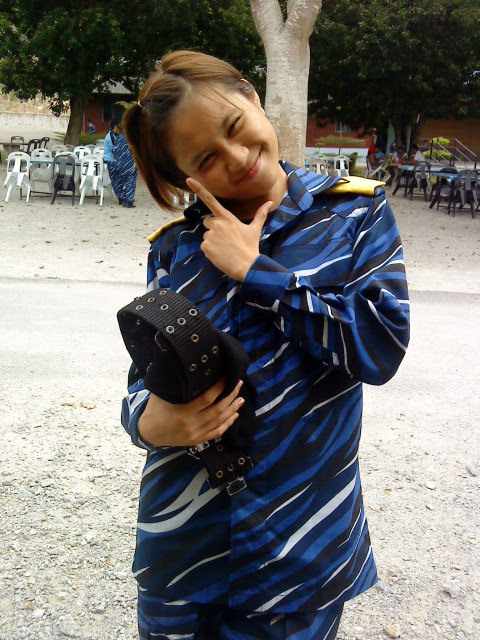 YES! lucky me was chosen to be a 3-MONTHS ARMY aka pelatih PLKN 2012!
while you can see any other people busy praying not to be selected but i wanted to go, like really wanted to go!
you won't get the chance to join a camp or a training with three hundreds and even more people from different states and races right? and you won't even get the chance to cook your own food in the jungle and to hold a M-16 right?!
i appealed to change from the second batch to the first batch, and to the same place as my bro.
yea my bro got it too and he was like damn emo after that. :PP

and then the Army Diary began! 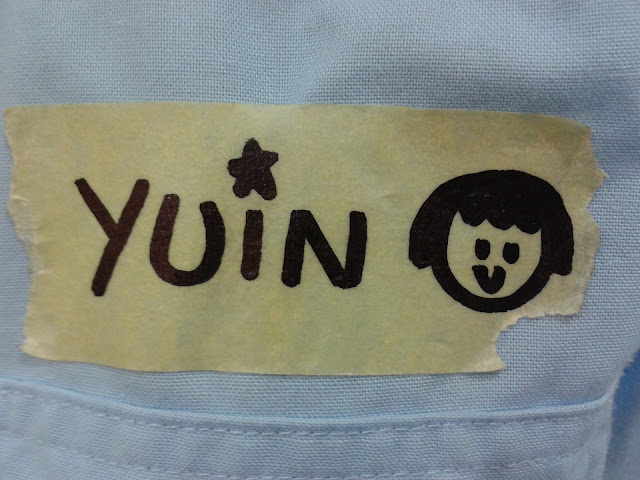 First of all i think i should introduce my kem to you guys.
Kem PLKN De'Bana Jempol, Negeri Sembilan.
It is located more than just out from the outskirt of town, it is, in the jungle. hahaha 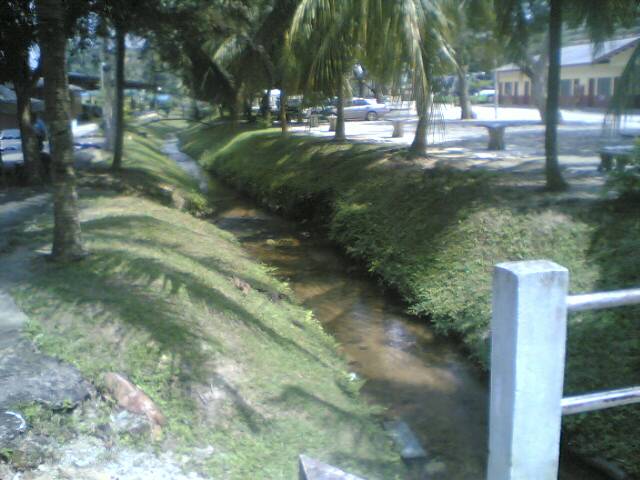 there is a waterfall, a blue river where you can still see small fishy and prawns on the river bed.
there are lanes with trees on both sides. one word to conclude this place, "Beautiful". 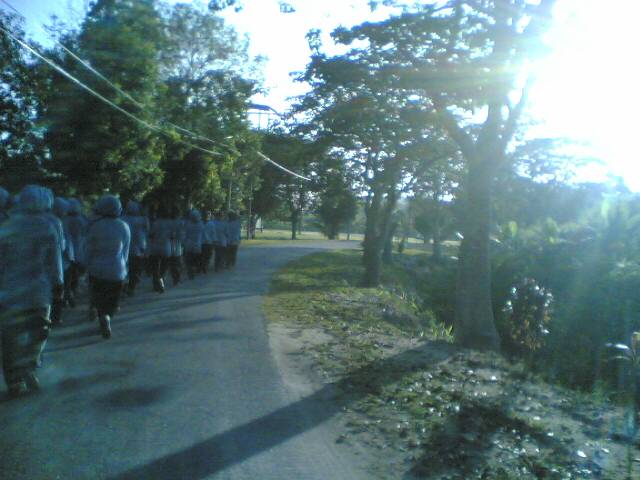 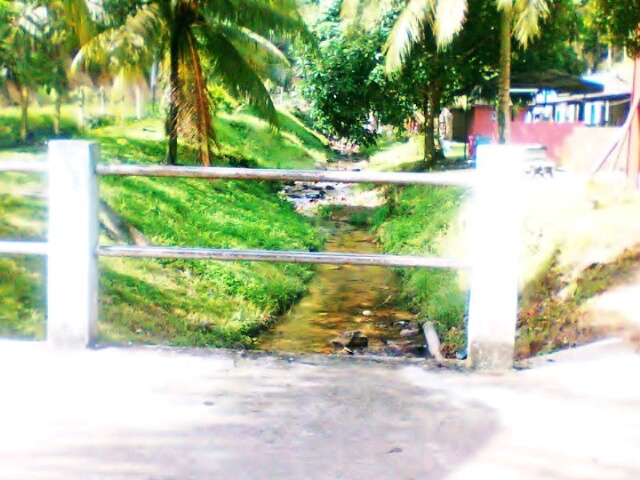 And next to my dorm! ;)
I was a member of Dorm Q, the winning dorm amongst all, the only Dorm with zero punishment after the eerie dorm-checking!! *proud* 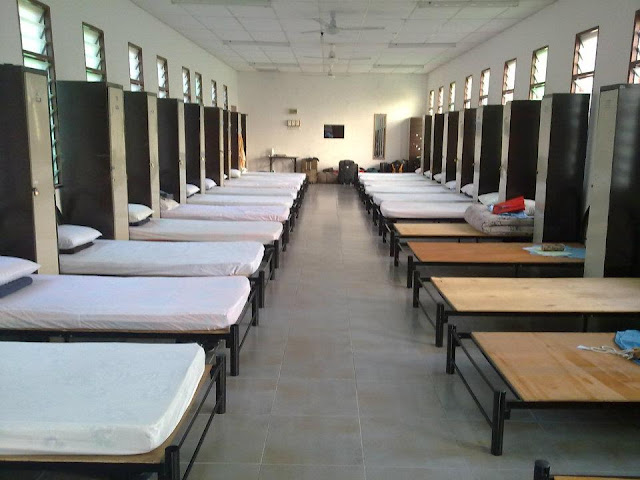 and all the beloved DormQ members! 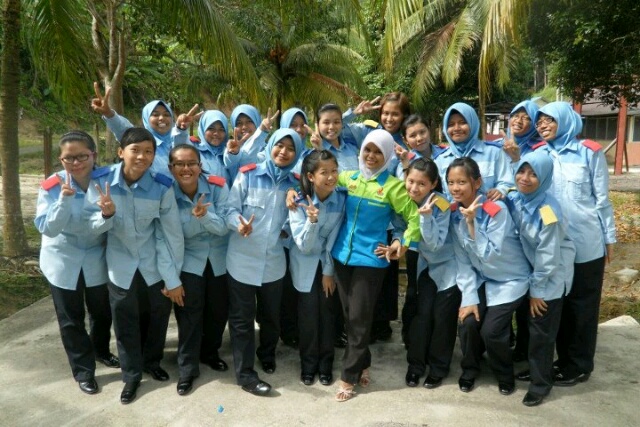 aaaa, miss those times when all of us gathered at the corner of the dorm, switching off the light like what we were told to do so (but we never really got into bed), having cup noodle as supper, gossiping on scandals, oops :P 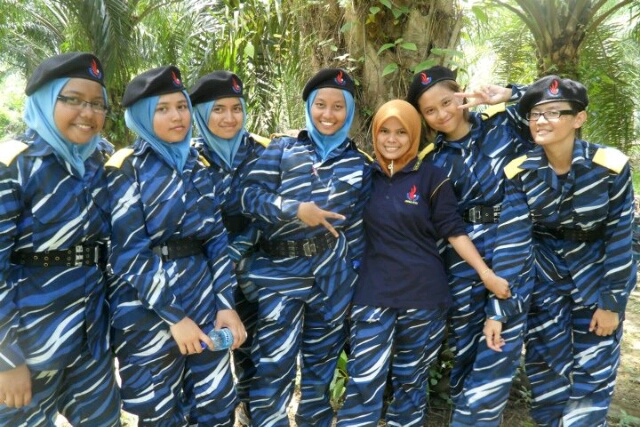 said to be a 3 months training, but to me, plkn is more like a summer camp.
we stayed in the jungle for 2 nights, imagine wearing the heavy boots for 3 days without taking them off.....
but cooking in the midnight was so fun!! and that was the time, you can really doze off in the melody of the insect orchestra. hahahahahhaa! 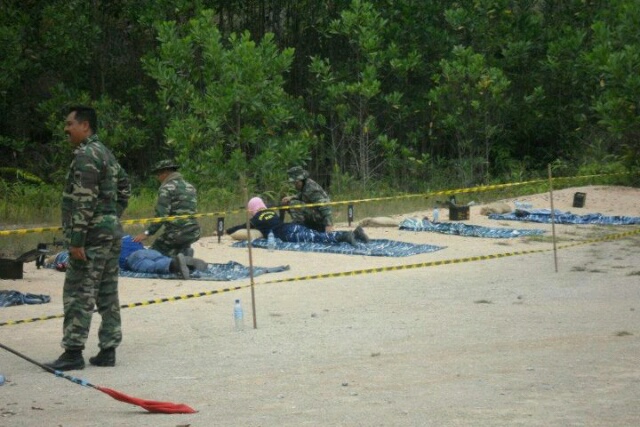 I bet almost all of us joined plkn to give a try on this, M-16.
tell me, if you were given a chance to shoot, (not a toy gun but a real heavy one) for free, will you ever missed it?
ok here i wanna describe how good the feeling is to hold a real gun, *heheheh evil smile*

M-16 is really heavy, and once you released the bullet you can feel the gun recoiled on your shoulder, some even got bruises after the shooting session.
and here i proudly announced that i scored 64 marks and won the 7th in the shooting competition among the wirawati! wheeeeeehoooooooooooooooo ;DDD

what've made my national service even more awesome ?

JoLynn's birthday celebration in the jungle. that was the one and only cake we ate in two and a half month! hahaha! and my lovely mum knew how much i've missed her mihunkueh, that she cooked it there just for us! :* 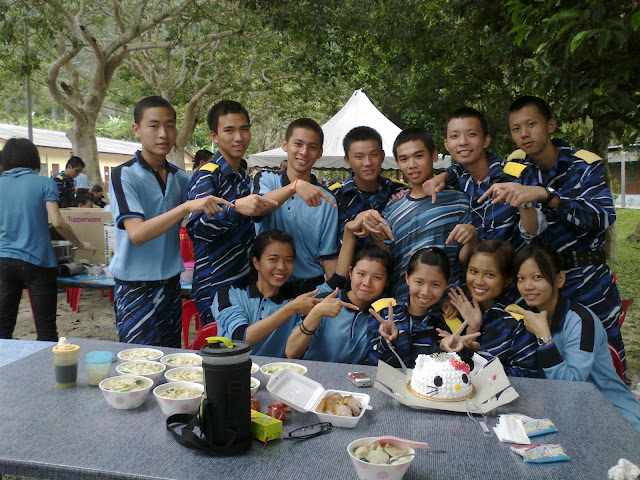 FoGuangShan's farewell performance.
the perfect moment when we sang together, and i won't forget the tears of happiness in the shijie's eyes!
the shijie there was sooooo caring, she was the one busy preparing yummy food for us, continuously for every Saturday as she knew we missed chinese food a lot ! 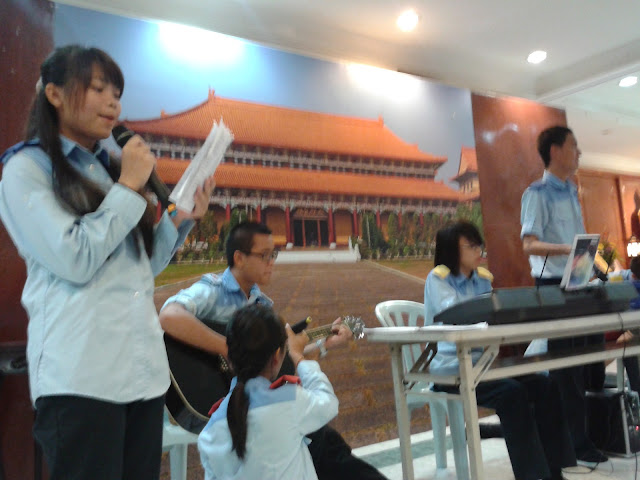 Community service day!
we were distributed to different rural places, and mine was to the new village of Jempol!
we cleaned up the village's main centre hall, and they treated us Chinese food as they knew we missed chinese food a lot too! :P 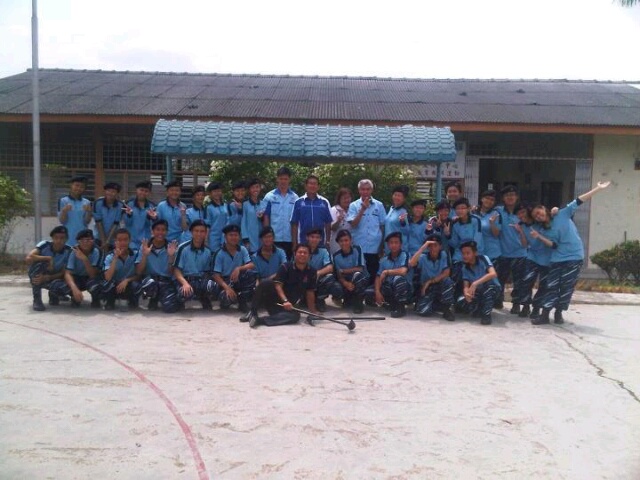 Not all the jurulatih are fierce and furious, we have a very motherly Cikgu Azura!
i bet she missed her children a lot, just like how we missed our parents. 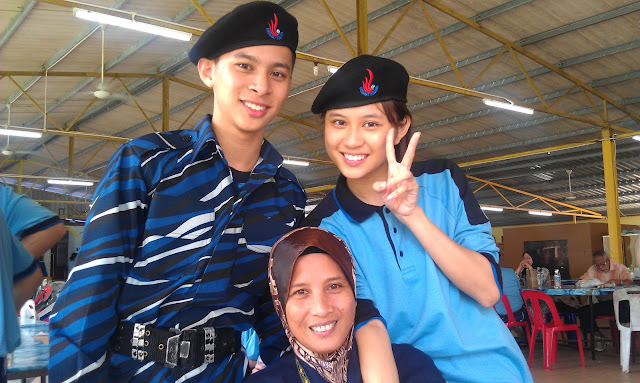 just like other people, i hated the other jurulatih at first, but then i miss them now.
duhhhh, :/
btw, one of my favourite trainers had just got married yeahhhhh! and we used to guess that he was in a relationship with another trainer but it ended up just as a guess :P

i always think that my bro looks good in botak. :D 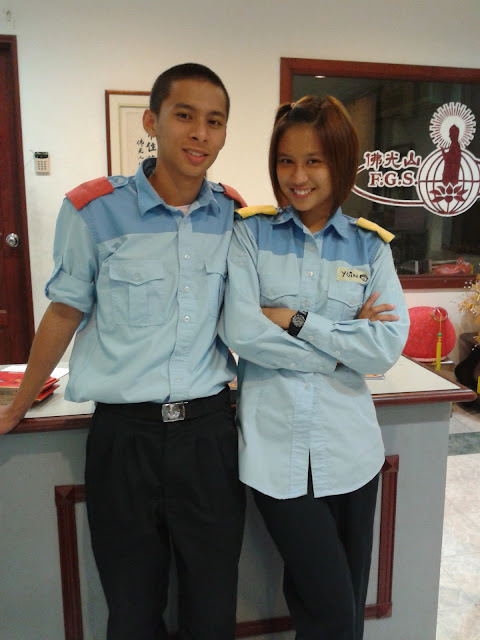 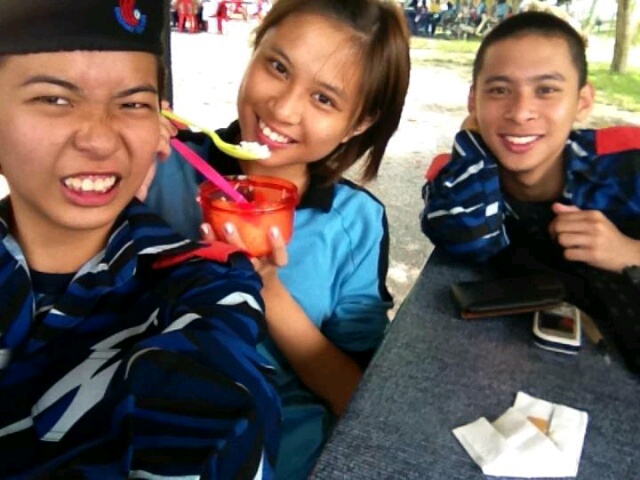 And, i really think that the government had done a very good job in enhancing the 1 Malaysia Concept through this national service programme.
i miss all of themmmmmm! chinese-malays-indians-orangasli 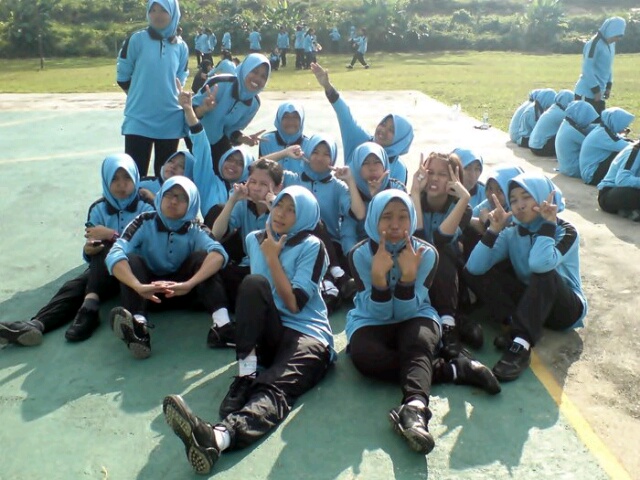 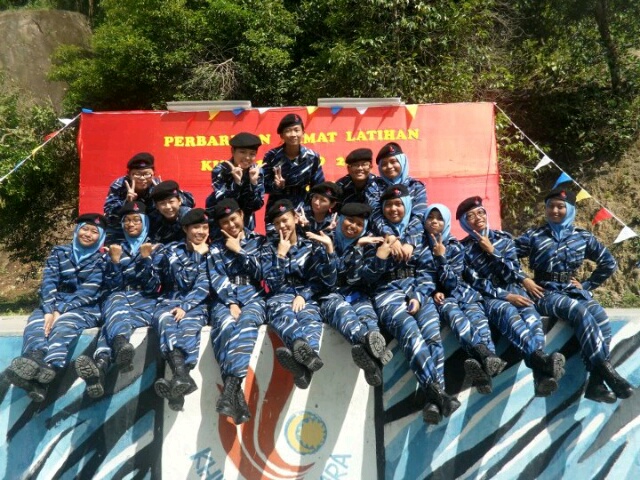 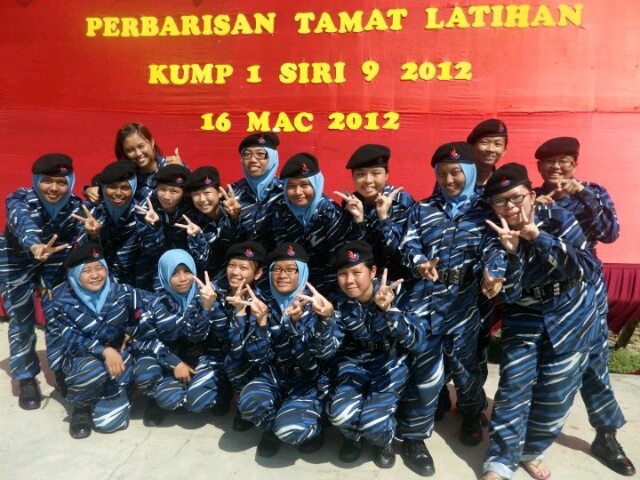 I can say, joining PLKN is an awesome once-in-a-lifetime experience!
i miss the friends, the trainers, the obstacle games, the morning breeze, the donuts, the kawad, the cheers, the waterfall, the jungle........
and now to the most famous question asked by the people,
"IF YOU WERE GIVEN A CHANCE, WILL YOU GO AGAIN?"

Despite the sunburn, the forever same menu, the tiredness,
i will still say,
'YES!' 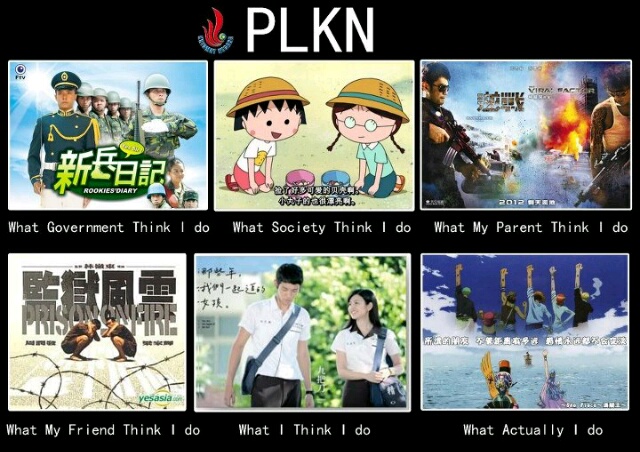 lzyuin
J'aime la vie. Hello! ♥ Here's every pretty little things that I find worth sharing. My inspiration comes from everyone and everywhere. Of splendid memories and pixie dust, celebrate life! - zyuin0419@gmail.com